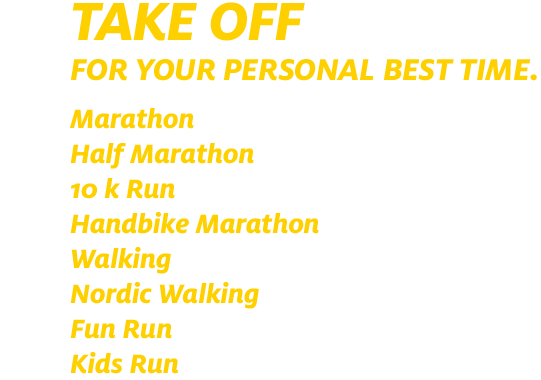 Palma de Mallorca, 20 October 2013. Sporting record at the 10th TUI Marathon
Palma de Mallorca: At the anniversary marathon event from 18-20 October a total of 10,893 athletes from 62 countries lined up at the start. This corresponds to an increase in numbers of 19 percent.
The fastest marathon runner in 2013 was Miquel Capo Soler from Spain in a time of 2:35:15. 1,780 athletes started out the major running on the 42.195 km distance.
4,009 runners entered the half marathon. The PURAVIDA Resort 10-km attracted the most runners: 2,836 participants ran in event passing through the historical old town of Palma. The sporting events started off on Friday, 18 October 2013 with the Walking Day on the Promenade of Palma. 268 walkers and Nordic walkers completed the 10 kilometre distance. In the Unicef Kids Run on Saturday, 19 October some 2,000 upcoming young runners showed off their sporting prowess.
Once again in the tenth year of the "most beautiful island marathon in the world" the weather could be relied upon. Spectators along the route urged on the athletes at a pleasant temperature of 24 degrees. Michael Lambertz, Chief Marketing Officer TUI Travel, fired the starter’s pistol for the half marathon: “This year we have exceeded the 10,000 runners mark! We have succeeded in establishing an international sporting event for the whole family. Thanks go to all our partners and sponsors and of course to all the many loyal runners from all over the world. It was a tremendous anniversary celebration.”

Finishing in a time of 2:35:16 the fastest marathon runner Miquel Capo Soler left all the competition behind him. This was the 5th time that the Majorcan has won the TUI Marathon Palma de Mallorca. Piotr Suchenia from Poland followed him in second place in a time of 2:36:21. The third place over the 42.195-km distance went to Jesus Peralta Aguilar of Spain in a time of 2:36:26. In the women’s race of races Sonja Oberem from Germany picked up the crown in a finishing time of 3:03:46. Linda Vanlommel (3:10:41) and Lucia Pasamar Marquez (3:13:41) came in second and third.

The half marathon winner comes from Germany
Michael Lang ran in a finishing time of 1:10:25 to finish first in the 2013 half marathon. Second place over this distance went to Dominic Arnold in a time of 1:11:48. Keith Hood from Great Britain came in third place over the distance of
21.0975 km. In the women’s section Jessie Sanzos from Great Britain won the race in a time of 1:22:04. Marga Fullana Riera (1:23:01) from Spain came second, and third place went to Maria Ramis Esteva from Spain (1:23:10).

Special programme for the 10th anniversary
The 10th TUI Marathon Palma de Mallorca was accompanied by a festive supporting programme. On Saturday, 19 October several thousand visitors attended the live concerts of the German band Revolverheld (“Ich werd die Welt verändern“; “Das kann uns keiner nehmen“) and the Spanish rock band La Loca Motora. Highlight of the anniversary programme was the tremendous firework display at the centre of the event in the Parc de la Mar with the La Seu Cathedral in the background.

TUI donates €10,000 Euro to Unicef
Some 2,000 children between the ages of two and twelve took part in the Unicef Kids Run on the Saturday day before the marathon. In line with the motto “Kids run for Kids“ the youngsters showed their sporting aspirations, which were subsequently converted into donations. For each participating child TUI donates five Euros to the drinking water project “Water for Niger - every drop counts“. The education campaign raises awareness about the importance of water for the survival of children.

The marathon after 2013
“TUI AG is currently going through major restructuring and as previously announced will no longer be available after 2013 to act as the sponsor and organiser of the TUI Marathon. Nevertheless we are very keen for the event to continue, indeed it has become a major sporting and tourist event for Majorca and attracts many athletes and TUI guests", said Thomas Ellerbeck, member of the TUI AG Management Board. "TUI has invested ten years in setting up this marathon through its sponsoring and the work of many of its employees and has developed the running event into a brand of its own. It is ideally positioned to progress individually with further brand and sponsorship partners to become an even bigger sports event for Spain and the Balearic Islands”, continued Ellerbeck.
The next Marathon in Palma de Mallorca will be held on 19 October 2014. Until new contracts have been completed and the new organiser will take over, TUI will remain the contact partner for all runners.